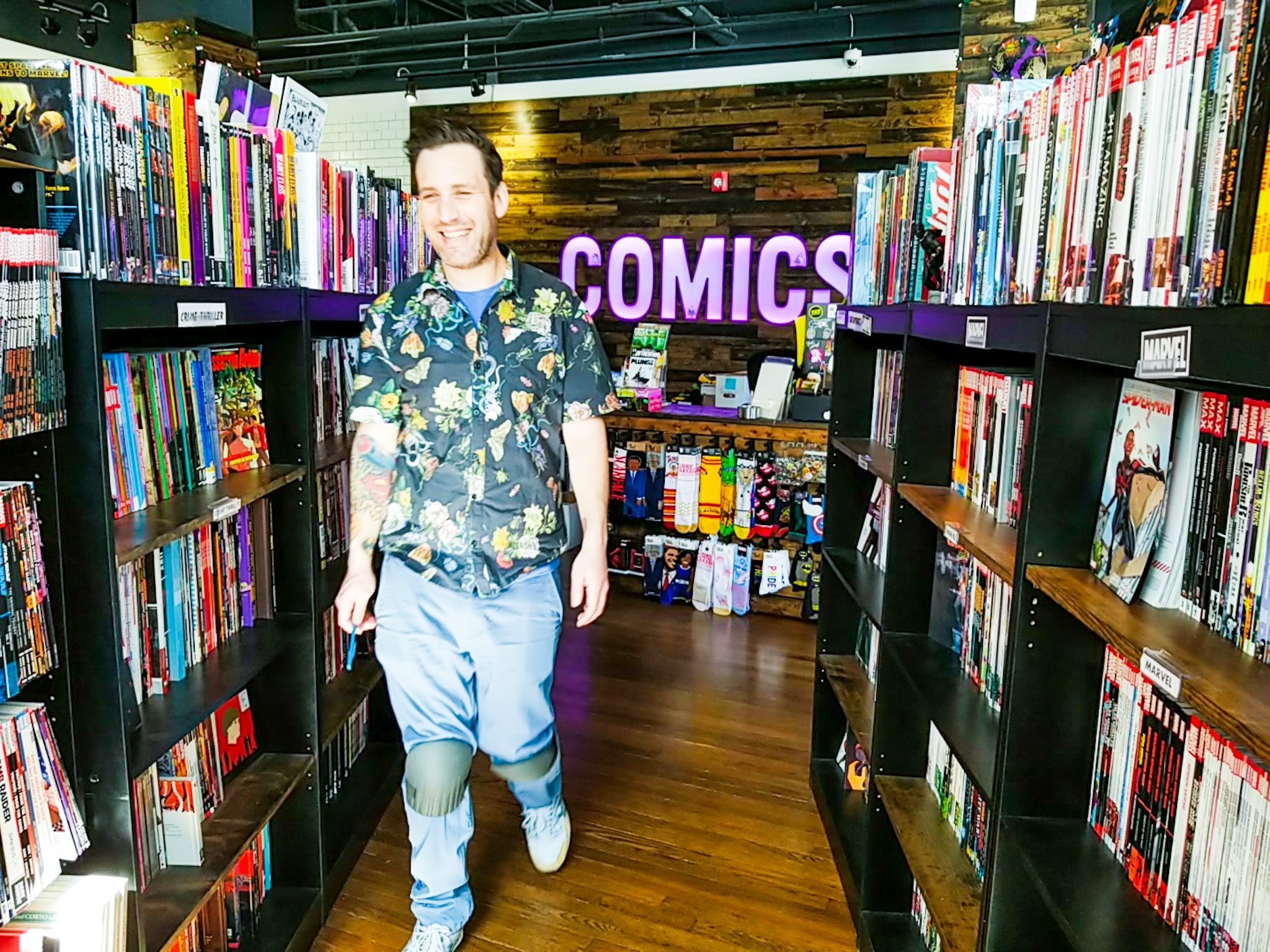 We have an idea for a comic book series. Or maybe it’s a graphic novel… 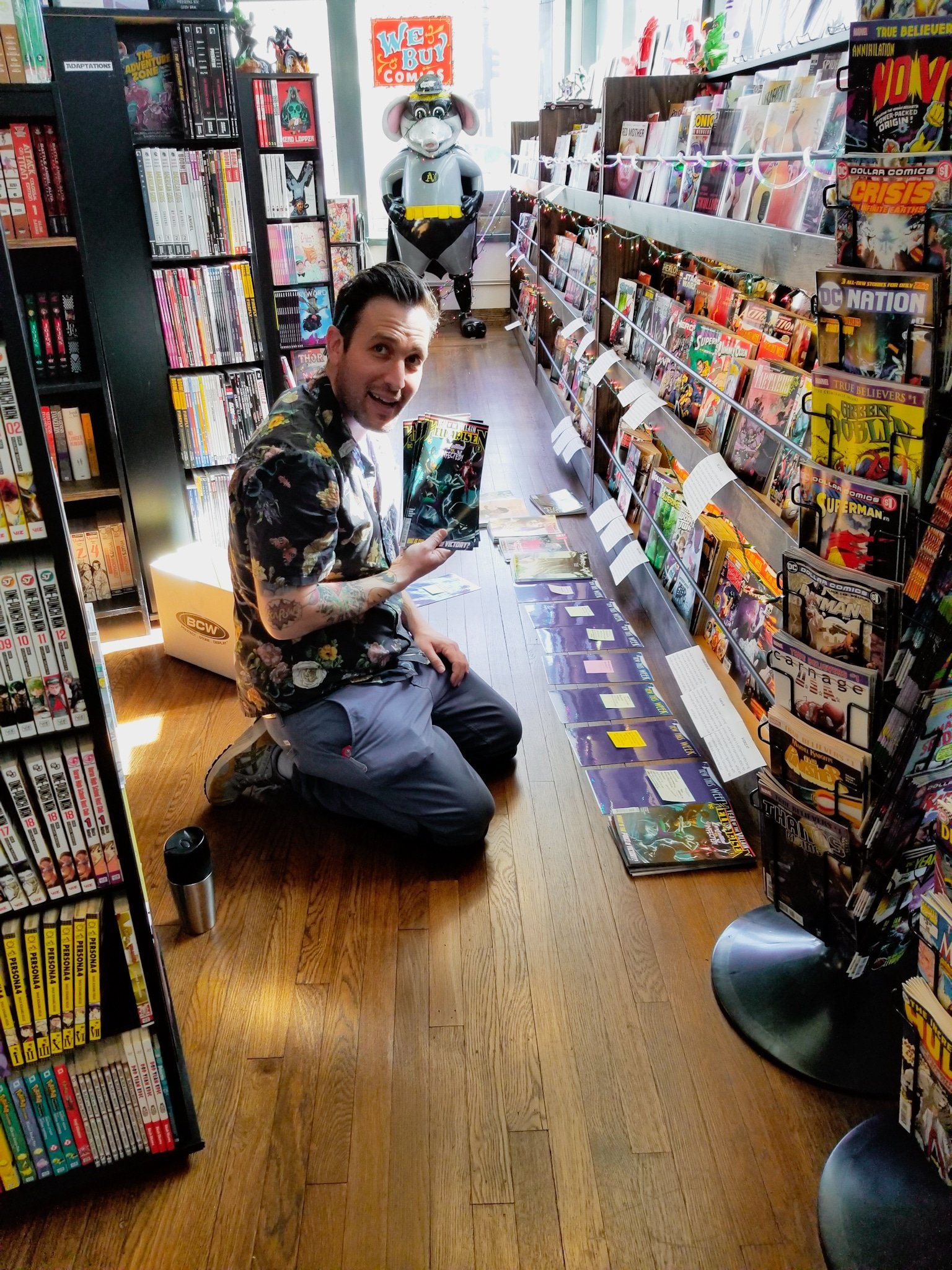 It’s about a Shop Local superhero. We think his name should be Eitan. Yes, Eitan. And he lives his daily life disguised as a local indie merchant in Oakland, California. Of course, he owns a shop called Cape & Cowl Comics in an underappreciated downtown neighborhood. And, he’s put together his superhero team. They all toil, undercover, to bring Oakland comics fans — and fans to be — an ultra cool, geeky comics haven. 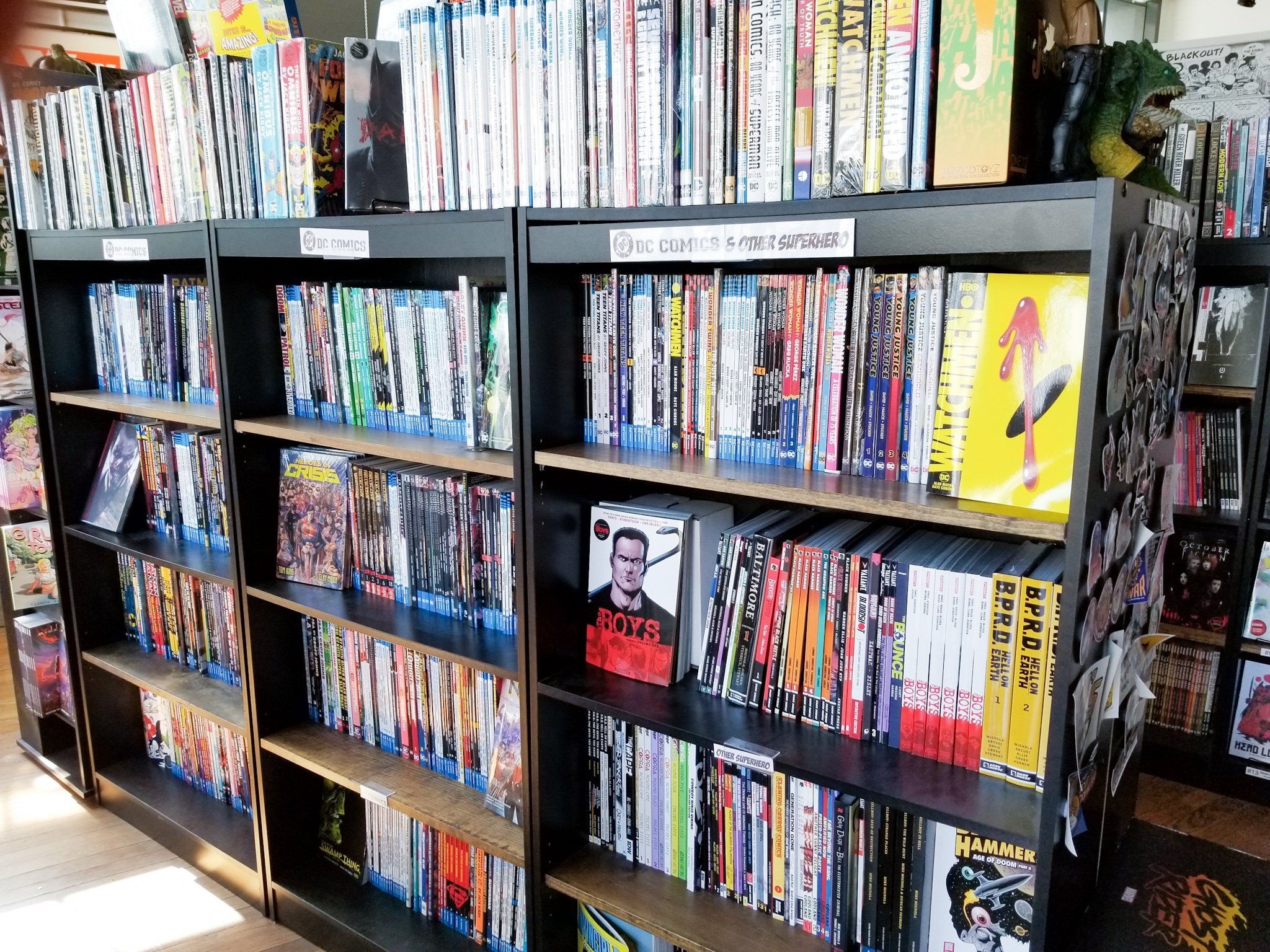 Indeed, Cape & Cowl customers know that they can trust in Eitan and his “employees” to deliver on New Issue Wednesdays, when all the latest and greatest are released. But they also like to peruse the Back Issues Boxes in the back to fill out their collections. On the floor, shoppers can wander through the stacks of comics, graphic novels, young people’s content, and other fun comics related merchandise. All the while The Team is there to assist them with their questions on all the genres or to introduce them to new narratives and publications. 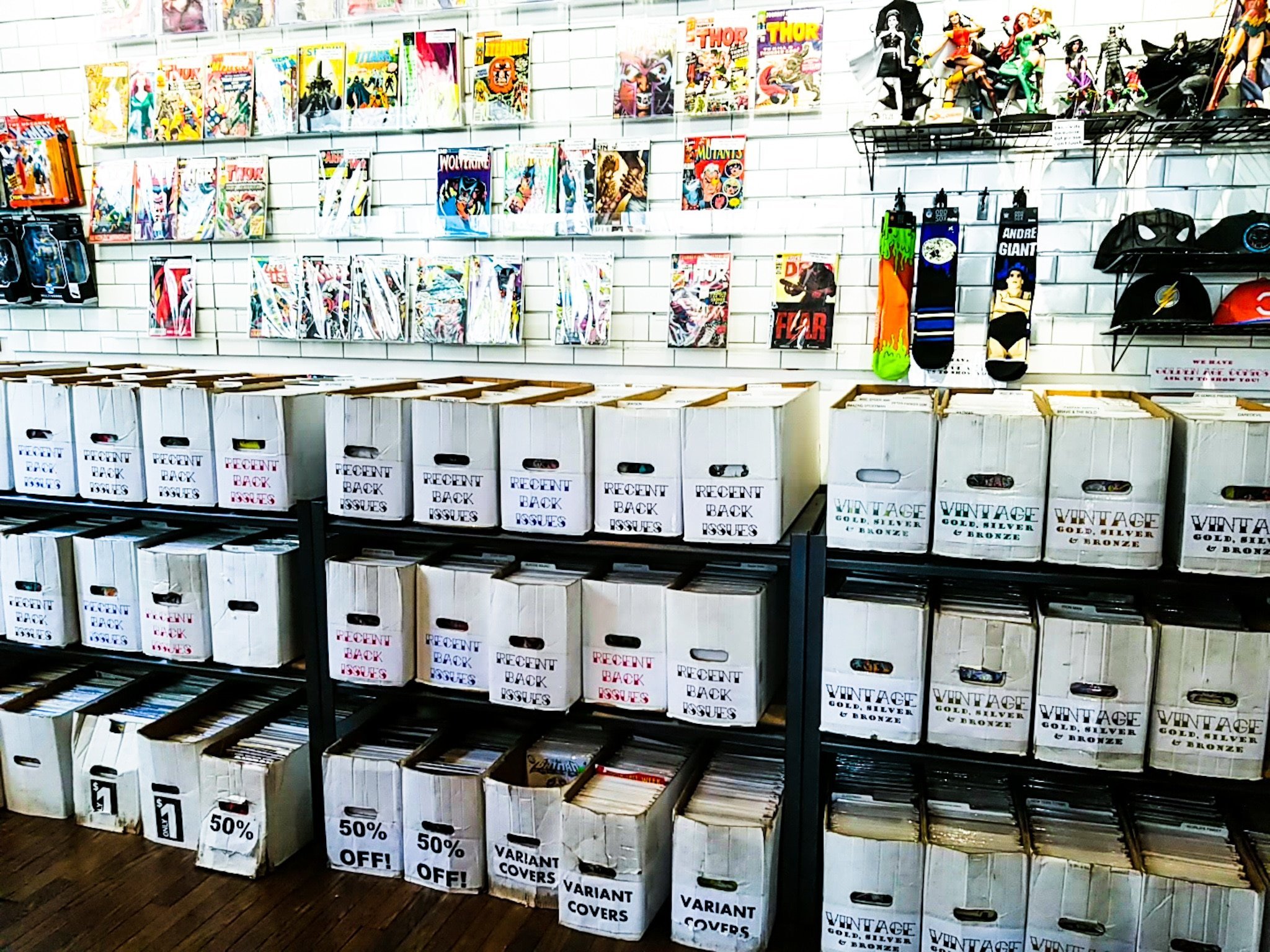 Now, Eitan is always at risk of blowing his cover because he hosts all sorts of shop local activities. He’s been known to bring fans in for Drink and Draws, Kids Art Shows, and New Release Parties, to name only a few. Plus he actively supports  local artists, young artists, and other comic books stores all over the world. Not to mention he will lead initiatives to help his less fortunate neighbors. 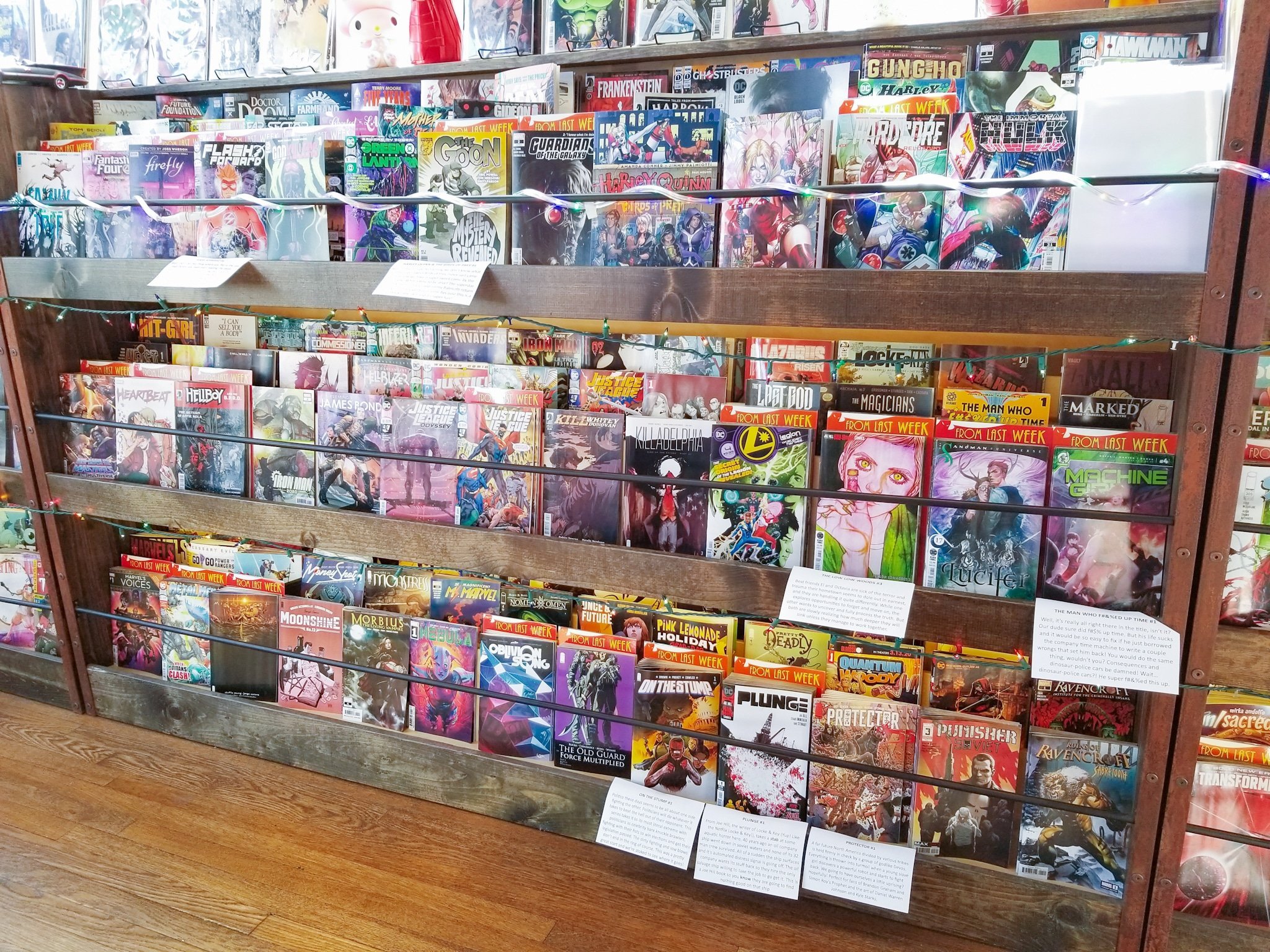 Who is he fighting? He’s in an epic battle with money-hoarding billionaires and their seedy Corporations. His superpower is to introduce humans to genuine shop local experiences. He shows them the value of living and spending in their communities. The more humans he can bring into the shop local fold, the better it is for humankind. He’s helping them make economic, social, cultural, and environmental investments in their own cities and towns — right where they live. We hope he wins. 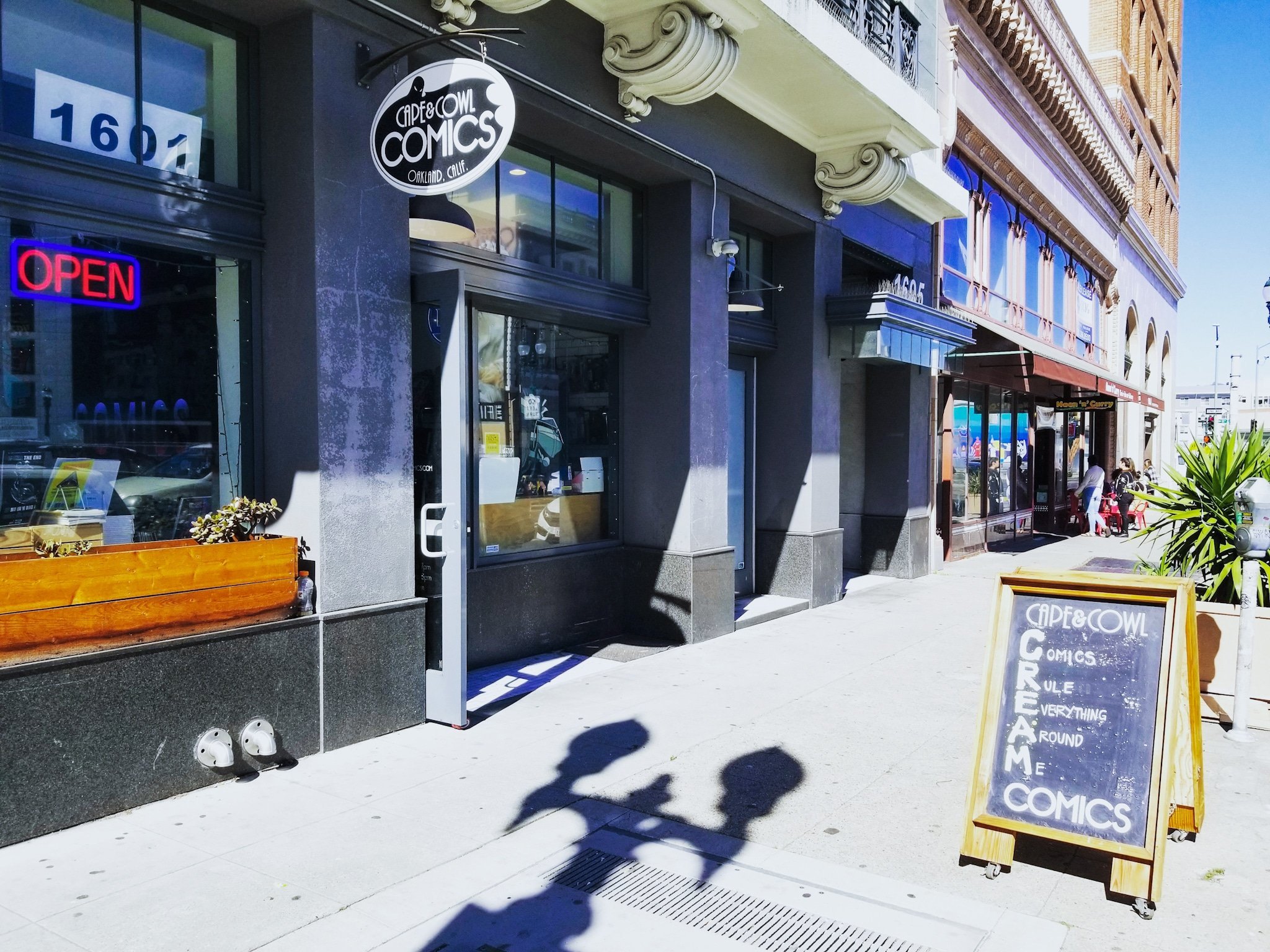 What they offer: New issues releases on Wednesdays, lots of comics & graphic novels of all genres, young people’s content, back issues boxes, comics-related merchandise (toys, stickers, games), knowledgeable staff who can help turn customers on to new narratives or keep them up-to-date on current ones. A sense of community and a really cool Geeky vibe! 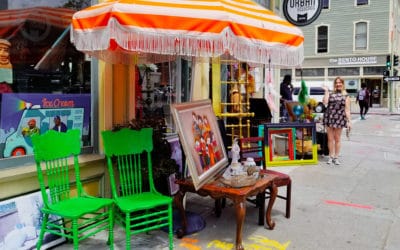 Did you know that shopping local can electrify your mood? That's our latest epiphany -- or re-piphany (because we think we knew that already but had somehow forgotten). Anyway, that is what happened when we accidentally visited Urban Eclectics. It started on our walk...

END_OF_DOCUMENT_TOKEN_TO_BE_REPLACED 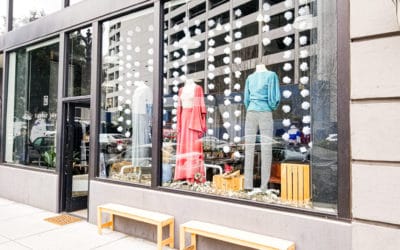 We are lucky here in Oakland. We've got some talented entrepreneurial clothing designers in our midst. And a handful of them have brought their creative vision to life in their own Bricks & Mortar stores. And countless other Oakland Indie boutiques curate local...

END_OF_DOCUMENT_TOKEN_TO_BE_REPLACED 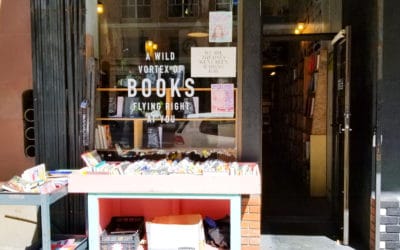 Once upon a time, one of us at LOCALMOTIV worked in the building right next door to Wolfman Books. Okay, it was me. Indeed, I watched them build out their special project and launch in 2014. All the while, my coworkers and I pondered how they would survive in the age...

END_OF_DOCUMENT_TOKEN_TO_BE_REPLACED

explore more in these shopping guides: