RESIST AND ASSIST: A CASE TO SHOP LOCAL TO FIGHT INEQUALITY 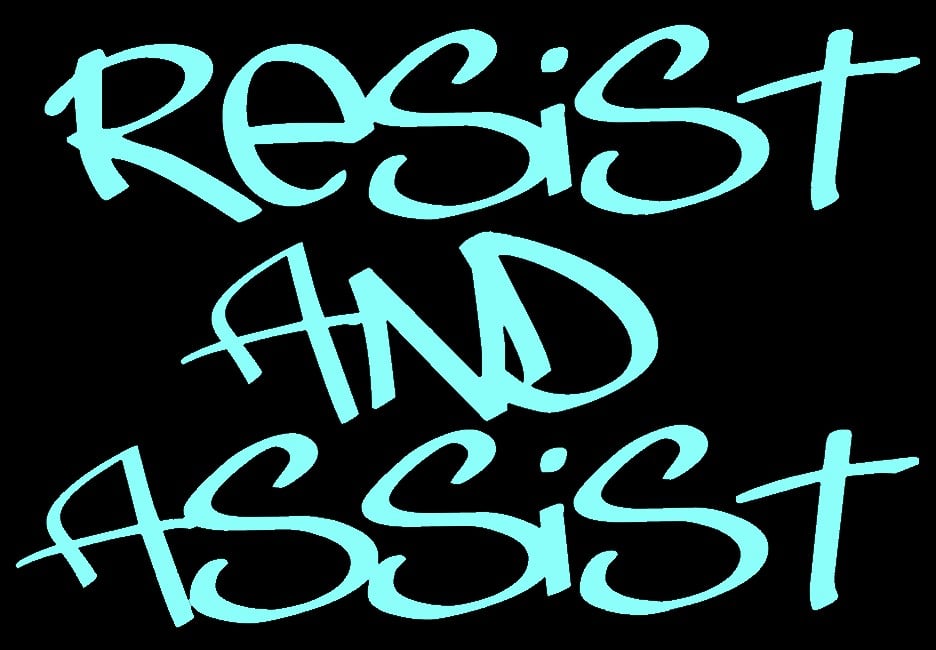 When we shop local, it is most obviously an act that supports a small business and its proprietor. Yet, it’s so much more than that. It fuels an engine that can drive us to an America that is prosperous — and equal and just — for all of us. It’s both an act of resistance and assistance that generates profound benefits. The pluses range from improving our own communities to strengthening democracy — and many things in between. Ultimately, it opens the door to African Americans to participate in a more equitable economy.

Despite the clear societal benefits that local economic participation creates, somehow we are are all still living with a myth that monopolies are doing us a favor. It’s a narrative that Corporate America has been expertly nurturing for at least fifty years.

Sadly, politicians and the mainstream media are still very much married to the idea that behemoths are good for America. There is so much evidence that proves otherwise. Even so, political change will only come slowly, if ever. Not only have politicians bought into the “bigger is better” fairy tale, they’re paid handsomely to support it.

The Problem with Capitalism

At its core, it’s a system designed to enrich the privileged white few and leave everyone else behind. Little has changed over the centuries except for the well-documented fact that most of the country’s wealth has been successfully amassed by an elite one percent. The growth of monopolies became a concern in the early 1900s and laws were put in place to restrict their development. However, over the last 50 years, these safeguards have been completely eroded. Worse than that, we are constantly being told that Monopolies are good for us.

As a reminder, here are some of the things that executives and their companies do to support this dangerous status quo. They: increasingly put downward pressure on employee wages and benefits; engage in discriminatory hiring and promotion practices; suppress competition; avoid paying taxes; wreak havoc on the environment; decimate poor communities; secure powerful political influence that erodes democracy; produce products in other countries to reduce labor costs; and so on. All of these dubious activities negatively impact our lives.

In short, the story of American Capitalism, is profits over people. That’s what they do. And they’re every adept at it.

No doubt, it hurts African Americans and other people of color the most.

But that is not the only reason to stop blindly handing over our hard-earned wages to Corporate America e-commerce behemoths, big box retailers, national chains, and ubiquitous brand name empires. When we shop local, we actually invest our money in our own cities and towns. And it leads to a “multiplier effect.” Without getting into boring economic theory: money begets more money. And it’s all upside for the local community. We assist in stimulating job growth, innovation, art and culture, and more business growth. We make our neighborhoods more enjoyable to live in.

And, the gift of a strong local economy never really stops giving. Our local governments benefit because their sources of revenue grow. This affords them the opportunity to infuse funding into projects to: improve education and schools; fix infrastructure; support health and safety initiatives; tackle the homeless problem; and develop other programs and services that we deeply value. But, is it also possible that it can help reduce the cost of living in our communities? We don’t have the data to prove this but, we hypothesize that a thriving local government can find themselves in a fortunate position to alleviate taxes and fees since income is generated through other sources. All of these possibilities enrich the entire community.

And let’s not forget that our local merchants and businesspeople live next door to us too. So, likely, they share our values and want to contribute in a meaningful way to their communities. Here’s what we see everyday in Oakland: They stand against all hate; celebrate important events with us like Pride; cheer our kids on at school; are mentors of young entrepreneurs; support young makers, artists, craftspeople, and chefs; lead the #oaklandmade movement; lend their helping hands to our less fortunate neighbors; and donate to our local causes. They’re activists pursuing solutions to uplift our city.

It’s not to say that this rosy picture is the perfect or only solution. For one, it could be argued that there’s no guarantee that the new found wealth will reach people of color. But when money circulates in a community, particularly with the help of community banks, it has a much better chance of reaching those who’ve been marginalized. It’s a pathway to more loans and resources for all entrepreneurs. And, if a community values diversity and embraces equality, then local policy will more likely be aligned with its community’s values.

So, it’s up to us to vote with our wallets by shopping and living local. This small but profound act of resistance is but one powerful move towards equality and diverse equitable growth. When we choose to buy local, we participate in the redistribution of massive amounts of wealth from money-hoarding (almost exclusively white male) executives and their seedy companies right back into our own cities and towns. In short, spending locally, weakens patriarchy, diversifies wealth, and helps develop vibrant communities.

Yes, we have that much power to strengthen democracy and re-imagine a more inclusive economy. When we profoundly change our spending habits, we will do much to collectively pin a knee to the white dragon named Supremacy, and hold it there until it dies.

We really cannot afford to not shop local.

Interesting Resources That We Love

And explore our resources to shop local in Oakland, here.

When you read about "top reasons to shop local," one of them is going to be something like this: When you shop local you are actually supporting a merchant and your neighborhood. Certainly, we've called this benefit out more than our fair share of occasions. But...

END_OF_DOCUMENT_TOKEN_TO_BE_REPLACED 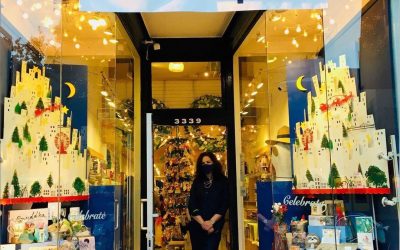 Why I Shop Local For the Holidays

No, I didn't always shop local for the Holidays. And, when I saw this pic of Cynthia standing outside of her decked out Urban Indigo gift shop on Instagram, it reminded me of my evolving shopping attitudes. The Way it Was Once upon a very long time ago, in the 80s,...

END_OF_DOCUMENT_TOKEN_TO_BE_REPLACED 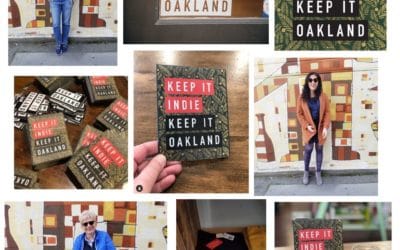